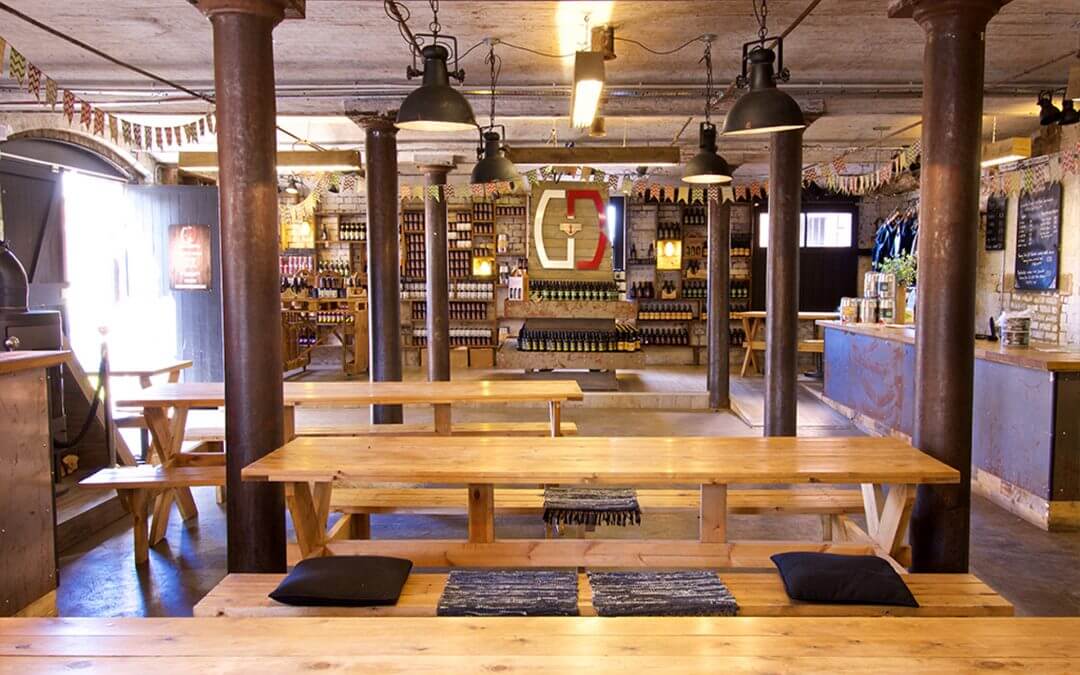 Wow, that went fast. Another six months lost to the ravages of time, and only another six before we kiss 2019 goodbye. It might be a scary thought, but 2019, so far, has been an incredibly exciting and rewarding year for all of us here at GB. We’re not usually in the business of stopping, or even slowing down, but being halfway through the year definitely demands a pause for reflection.

We kicked off this year with the beginning of what might be our most challenging and ambitious project yet, the Warehouse Series. We promised a new beer each month for the duration of the year, and so far we’ve delivered in a variety of styles. We went slightly more traditional in the beginning, opening the series with a Mild, a Pale Ale, a Smoked Porter, and a Manchester Bitter, before taking a swerve into new-age craft beer territory with a super hazy and hoppy NEIPA, and a Double Dry-Hopped Pale. The Warehouse Series has given the brewing team a unique opportunity to experiment and push the boundaries of what we’ve done before at GB, and we couldn’t have been happier with the results. The series has offered something for everyone, and we can’t wait to see what Simon and Jed concoct over the coming months.

Of course, our biggest achievement this year was coming away with SIBA’s Best Overall Cask Beer award for our Imperial Stout. We knew the beer was something special, but the quality of the competition made us all a little nervous. The award came as a bit of a surprise, but we’re all so happy that our commitment to our craft and the production of innovative, progressive beer has been recognised at such a high level.

The beginning of May saw the return of our ever-popular IPA festival. Showcasing a huge variety of beers in this ever-expanding style, the festival drew together people from all over the country to celebrate the IPA in the best way possible – by drinking plenty, with an occasional break for some cracking street food. The festival showed that, not only are we a business that produces fantastic beer, we are excited about and want to champion quality craft beer from all over the world – not just our own.

It’s been a non-stop few months at TANK too. Our events-master extraordinaire Jan set the year off to a great start with our Burns’ Night whisky tasting – including haggis, neeps, tatties, and an Address to the Haggis from the Mad Dutchman himself. Our Thursday and Friday night live music kept up its usual high standard, the early months of the year focusing on new and undiscovered local talent. Rikki’s Monday night pub quiz continued to grow more popular than ever, while his Tuesday night Beer Club continued to be an awesome social space for local beer lovers. Not long later, Jan helmed another exciting tasting event, this time focusing on IPAs, exhibiting a selection of IPAs from around the world in various styles, including a Norwegian Milkshake Citrus IPA, a French Rhubarb IPA, and a super-complex Red IPA from our comrades over at Siren. Food pairings for each beer, brilliantly conceived and perfectly prepared by our kitchen team, turned this event into something really special. The TANK team was sad to have to part ways with Jesse at the end of April, but new manager Conor was drafted in to fill his (admittedly very big) shoes. It’s still early days, but we all agree that those shoes seem to be fitting Conor pretty nicely.

Honestly, we couldn’t be happier with how the year has gone so far. We’ve brewed some awesome beers, and we’ve put on some fantastic events. Both TANK and GB have shown that we done just make and sell beer, we celebrate it – we wouldn’t be here otherwise.

Have a pop back to the blog in a couple of weeks time, where I’ll be putting together a look forward to go alongside this look back, a gaze outwards across the remaining months of 2019, and what it promises for us and you. We hope you’ve enjoyed 2019 with us – we’ve very much enjoyed it with you.

Are you 18 or older? This website requires you to be 18 years of age or older. Please verify your age to view the content, or click "Exit" to leave.
Shop Now